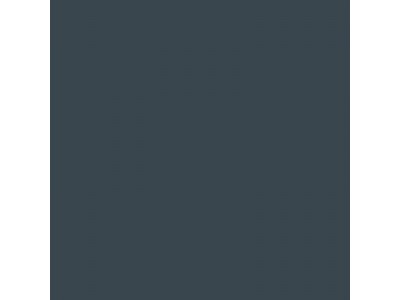 The upper surface of the wings and tails was not the same colour - the upper surfaces of the wings and fuselage was ANA606 Semi-Gloss Sea Blue ACUS07 which is not simply glossier, but a different shade and hue. Please treat any reference to Federal Standard matches with caution - there are no direct matches. FS595 was not invented until after 1950 and the FS colours often stated as being equivalent to Army-Navy Aeronautical standard (ANA) US Navy sea blues (e.g. 15042, 25042, 35042) are not a match for WW2 colours, but would be appropriate for Korean war aircraft e.g. F9F Panther etc.
If your WW2 model is an all-over blue scheme from late 1944 onwards, you need ANA623 Glossy Sea Blue, which is a different colour again and, as before, not the same as FS15042 despite the latter claiming to represent ANA623.