15 year-old Max describes the project of portraying the tragic battleship in her final moments:

"This is a converted Airfix Warspite. The bow and stern of the kit have both been removed and replaced with plasti-card and filler. The recess' on the quarter deck and amidships have also been scratch built. The fo'c'stle was sanded flat and plasti-card reinforcements under the cables ( WEM ) added. The capstans are propeller shafts from the Warspite. All the vents, cowls, bollards and fairleads are scratch built. Jim Baumann and Dr Pek kindly gave me advice on this process.

Warspite's deck had the forward super structure, hanger and catapult moulded on. This was removed with sand paper and knife. The six-inch guns and casements along the hull are scratch built. The hull was then cut and sanded and placed on a piece of acrylic, which was then painted with oils and covered in acrylic gel.

The main turrets and barrels have been reshaped and given blast bags (made from filler). The vents on the barbettes are ladders from the Italieri HMS Hood. The catapult on the after turret is scratch built using spare pieces of White Ensign Models photo etch.

The 4 twin 4inch mounts on the upper deck are also WEM, as are most of the doors, hatches, ladders, 20mm, pom-poms, railings and crane jib (The cab is made out of stretched sprue). The starfish under the fighting top and on the mainmast are made out of the fret of the photo etch set. The 20mm tubs are made out of brass fret and the entire superstructure is made out of plasti-card.

The various decks and platforms on the forward superstructure are plasti-card with brass fret used for screens. The bridge was made out of 2mm plasti-card with WEM ladder bent into the correct shape for the windows. A 0.25 mm plasti-card roof was added. The fighting top was made in the same way. The forward structure was assembled, minus the fighting top and director platform. The foremast and supports (brass rod) were then heated and pushed through. The lights on the bridge wings are bent brass with painted stretched sprue for the bulbs.

The HA directors on the fighting top and mainmast are from the Airfix KGV with WEM photo etch. The director above the bridge is the top of a Humbrol glue container with paper doors and copper wire ring. The directors beside the bridge are sprue with white glue tops. The DF aerial is copper wire.

The funnel is carved out of hardboard, with the funnel cage from copper wire. The steam pipes are steel wire and the search light platforms are plastic tube covered with brass and filler. The lights are sprue and brass. The boats are from the Italieri HMS Hood and have been improved with WEM ladders, cut in half for the hand rails, and WEM chocks. The rudder is plasticard and the prop shafts are stretched sprue.

The Carley floats are from the Airfix Ark Royal and Belfast. The Admiral's stern-walk, though not shown in the Morskie Profile of Barham, is clearly in the photos of her sinking. All the lockers on deck are 1mm and 2mm plasti-card cut into sections and painted. The cable reels are removed form the deck of the Airfix Belfast.

The crew are GMM 1/700. They have been painted to represent Royal Navy Number 4 rig, which they would have been wearing in November 1941. The lines going into the water are pieces of my hair! The raft that has been thrown into the water on the starboard side is made from stretched sprue and part of WEM set for a Type 42.

All the rigging, halyards etc. are stretched sprue. The name above the quarterdeck was done on my pc. It was printed onto a sheet of transfers for the Revell 1/32 Tomcat, varnished, dipped in water and applied. Weathering and highlighting was done using watercolours, graphite and charcoal. The flags on the halyards and the White Ensign on the Mainmast are painted tissue paper.

She was my first conversion in a small scale and I am extremely pleased with the results, although many of you will, I'm sure, spot all the mistakes and inaccuracies. She was started during the Christmas holidays and added to during the Easter holidays, half terms and weekends at home. I then photographed her at school."

Max has also written a build article for Steel Navy featuring the Airfix 1/600 Ark Royal with additional WEM goodies, so do take a look. 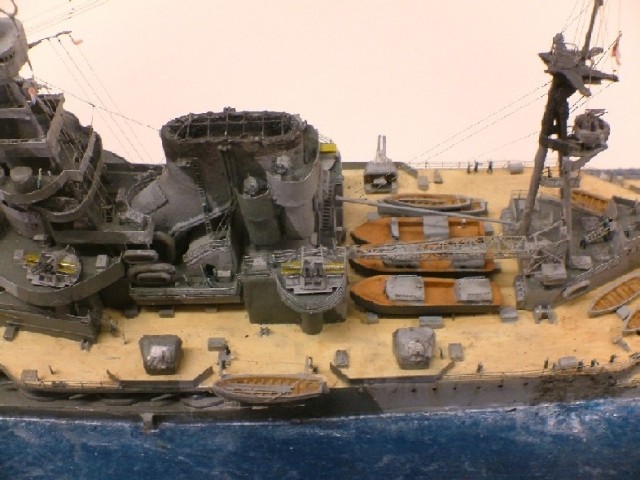 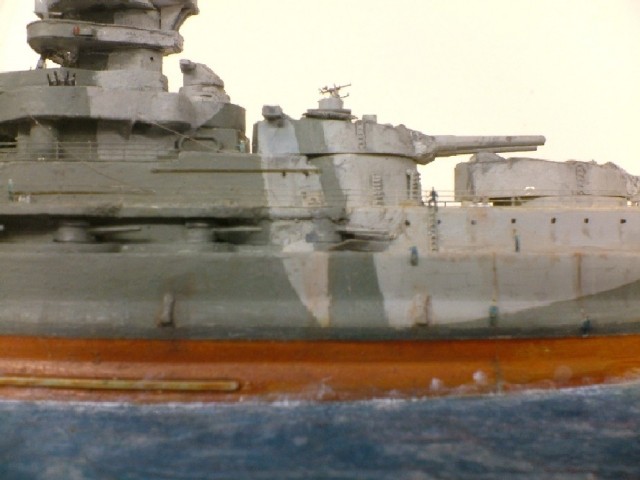 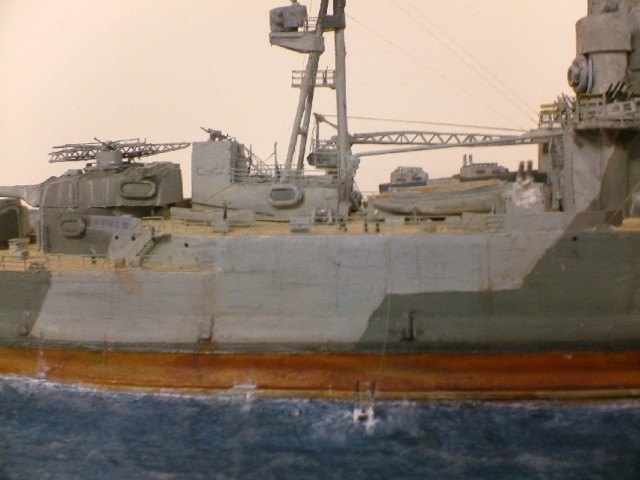 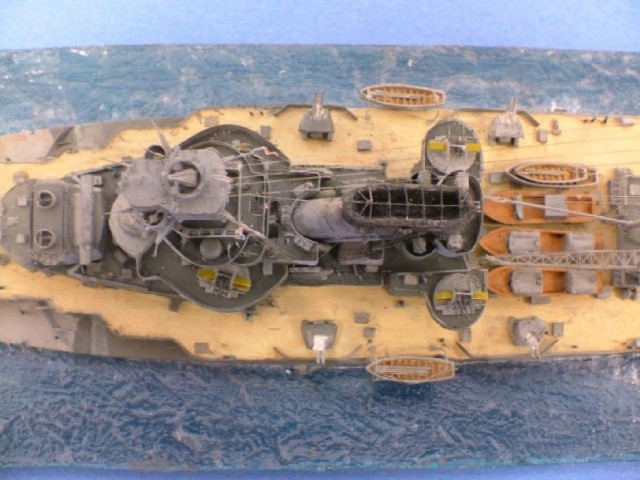 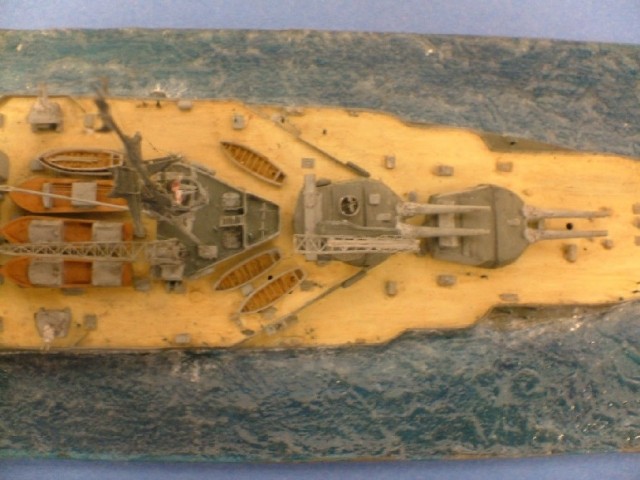 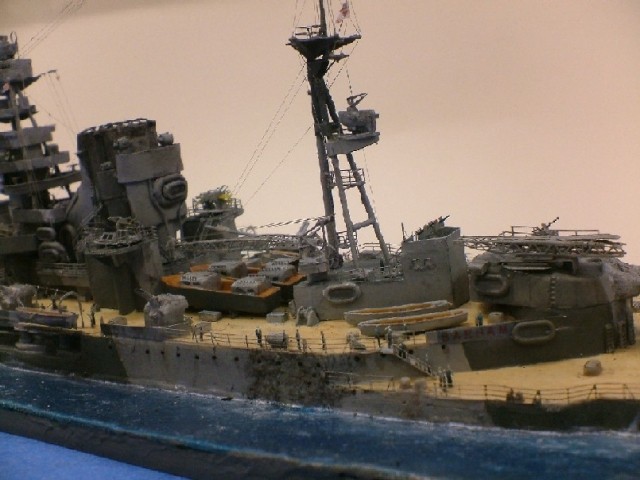 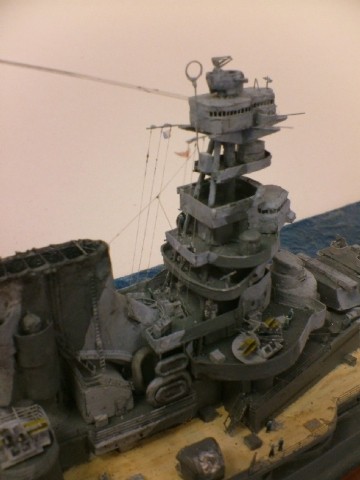 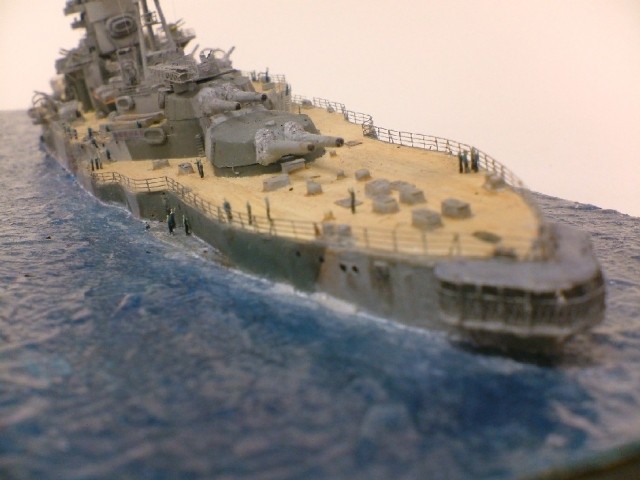 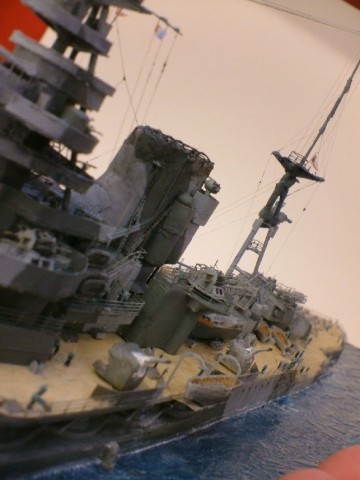 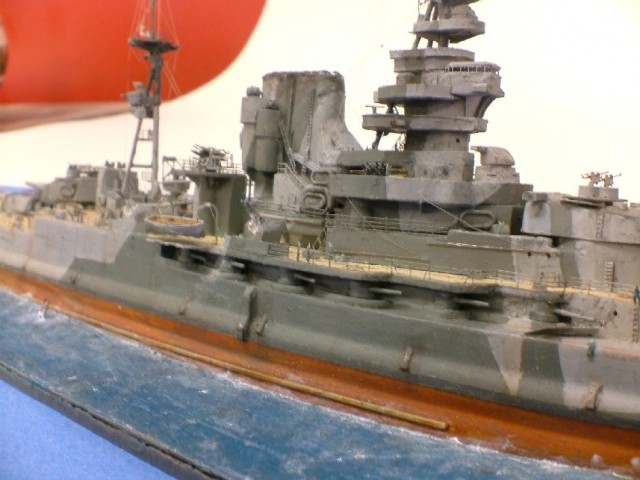 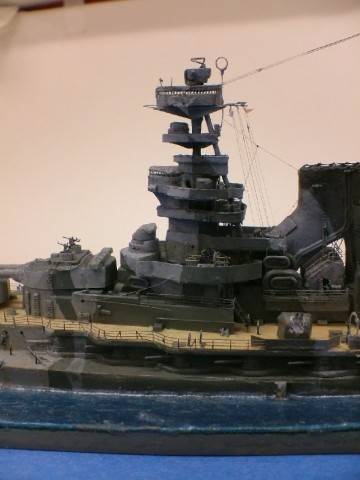 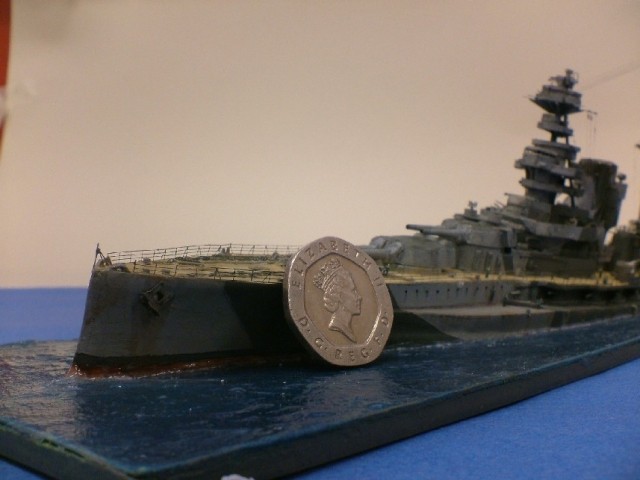 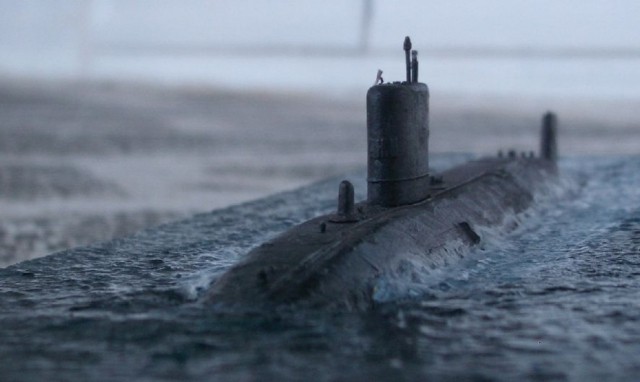